The council is consulting on the Village Plan ‘Supplementary Planning Documents’ for St. Margarets, Richmond, and East Twickenham. As usual, cycling is not being treated as a mode of transport, but as – at best – recreational activity. 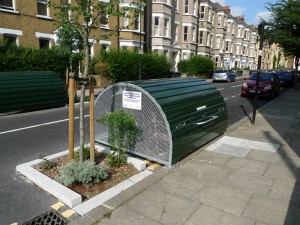 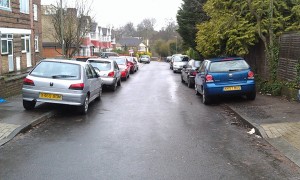 Which one looks better to you? Images from @londonneur and @cyclehoop

We also believe that emphasis needs to be given to modes of transport other than the car. The village plans should seek to encourage people to walk and cycle around their villages where possible, rather than driving, and should actively consider key routes through any village that could better support cycling as an option.

Off-road parking is clearly a significant concern in almost all the village plans. We believe that one option to combat at least part of this i to provide families, in particular, with less need to have a car so close by at all times. This is not an ‘anti-car’ proposal, it’s a pro-choice proposal. For too many journeys in the borough the basic choice for getting around is by car. Yet children tell us again and again they want to use their bikes, and evidence from across the Channel in the Netherlands, Belgium and Denmark, we know that families can happily choose to cycle, where a suitable place is provided to do so. 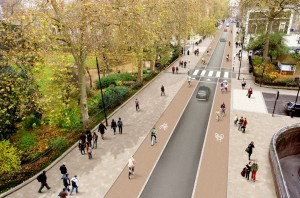 Can’t we have more of this?

And the parking of cars on front garden spaces, and removal of front walls to do so, is discouraged throughout the village plans. One of the key (and entirely reasonable) grounds is that it is deeply unsightly. Yet the village plans fail to observe that, perhaps, residential roads where one can barely access pavements due to parked cars are just as unsightly. Even persuading one household in 10 to travel around the borough by bicycle and foot would make a massive difference to this.

Better support for cycling delivers against a range of development goals for the council, and these should be recognised with the village SPDs – supporting residents to lead a healthier lifestyle, lowering the volumes of air-borne pollution in the area, and making our roads quieter, safer places.

Previous Post
How to find a way not to do something
Next Post
Hampton Hill Uplift – £1.8m paving slabs.
Menu