How to find a way not to do something 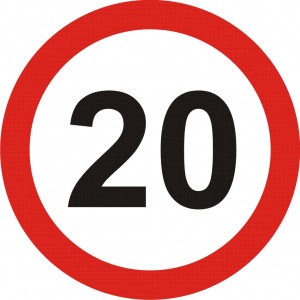 The council is planning a 20 mph consultation in Barnes.  It is worth opening the consultation (here) to have a good laugh at the outrageous hurdles the council puts in place in an attempt to get away with doing nothing. Here’s a flowchart one of our members made a while ago – it looks like they’re following it to the letter. 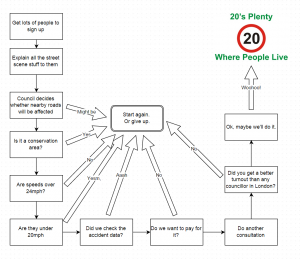 Traffic speeds are already sufficiently low to allow 20 mph to be put in place eh?  What a cop out?  Surely 20 mph should be put in areas where speeds are too high!   51% of people that live on the street have to agree.  Our elected officials know how hard it is to get 51% of the vote – none of them can manage it even when there’s a general election on the same ballot paper.

It feels like these hurdles have been set so that they can get away with doing nothing.  Let’s prove them wrong by responding, even if you don’t live in the targeted area it is important to show support from across the borough, if this scheme goes through it will be contagious and we’ll be on the road to a 20 mph borough where walking and cycling journeys are safer and more pleasant. 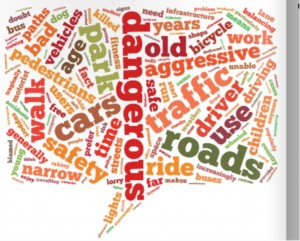 In Zac’s cycling survey many people said they wanted to cycle more but won’t because it does not feel safe.  20 mph makes areas feel safer and it makes them actually safer, at 30 mph 1 in 5 will die in a collision.  At 20 mph 1 in 40 will die.

We think that the area targeted should be made 20 mph even if 51% of the vote is not achieved.  More than a quarter of roads in London are already 20 mph with that number increasing all the time.  In Richmond it’s less than 5%. Does Richmond council care about making our roads feel safer?  Write and ask them.

Nearby Hammersmith and Fulham recently had 71% support via consultation for a borough wide 20 mph scheme.  Richmond upon Thames is really starting to look like it is stuck in the 1970’s a 30 mph island in a 20 mph sea.  The Mayor gets it, he wants 10 000 fewer road casualties by the end of the decade and that will be achieved in part with TfL’s 20 mph zones.  It doesn’t seem like RUT want to contribute to that reduction, because they make it so difficult to get 20 mph streets.

Our response is below- please write to the council and tell them to make this happen! 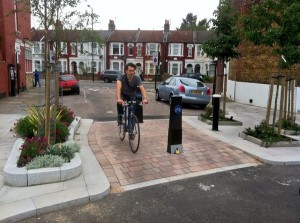 So please head along to the consultation page here, and tell the council that 20’s plenty. You can also email them directly at highwaysandtransport@richmond.gov.uk

Previous Post
We’re not forgetting cycling in Twickenham *again*, are we?
Next Post
Plan my village!
Menu