Update: Roehampton Safer Neighbourhood Team have called us, and they’ve also spoken to Roadsafe, who are now apparently handling the investigation. We’ll let you know when we hear something.

So 18 months after Jason Wells launched a foul-mouthed tirade against people cycling down Priory Lane, and threatened them with his vehicle, another driver thinks that it’s appropriate to break the law on Well Lane because of his self-important (and incorrect) views of how people should be cycling.

This time it’s Andrew Cudd, who posted this Facebook video, showing him driving down Priory Lane, clearly holding a phone, and recording his comments and his driving. 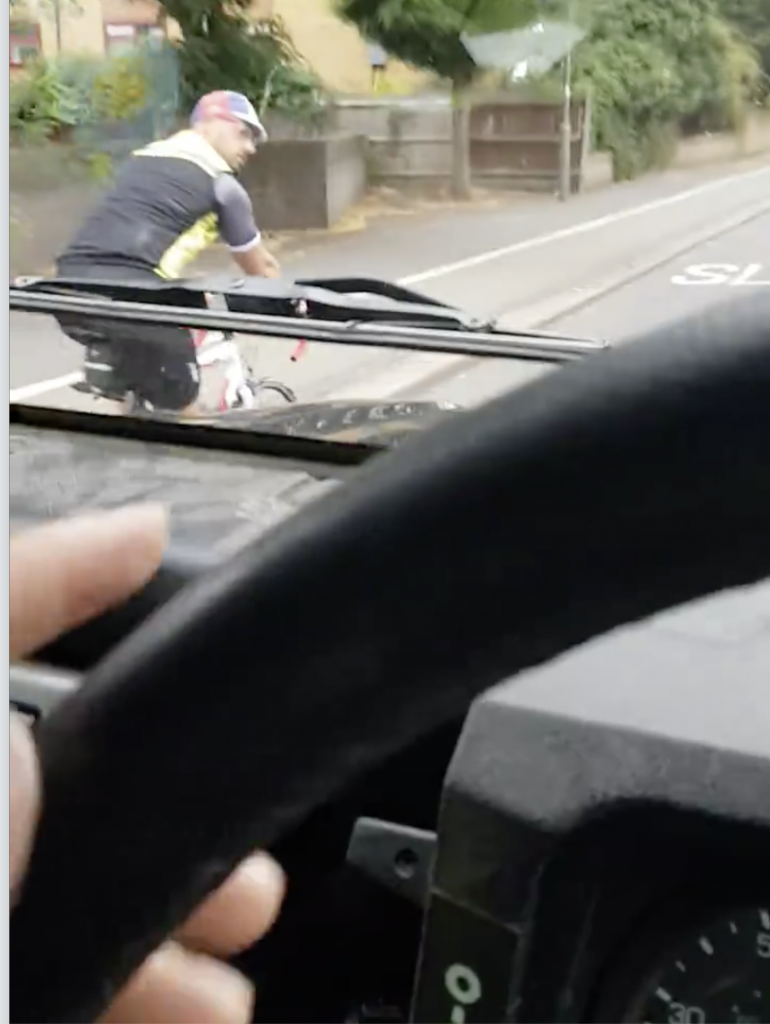 This week has seen major national newspapers have looked at mobile use in cars, and the potential danger involved. We’re asking the Roehampton Safer Neighbourhoods Team to investigate this video, and others have asked Roadsafe to do the same.

Not only is Mr Cudd wrong in a number of his assertions, but what appear to be a number of close passes, and his clear admission to be using his mobile phone while driving should surely result in some police attention. We want the roads in our area to be safe for everyone, however they’re getting around, and whatever they choose to wear – no-one should be exposed to danger or poor road behaviour like this.