A perennial complaint has been about cyclists using the footway to descend Richmond Hill against the one-way system. We have argued that the legitimate route which has the benefit of filtered permeability 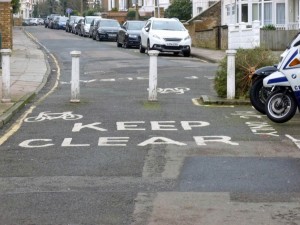 has lost many of its signposts so cyclists are using the obvious route for fear of getting lost. Many of the signs have now been restored (Thank you Richmond Council) 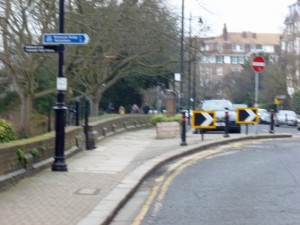 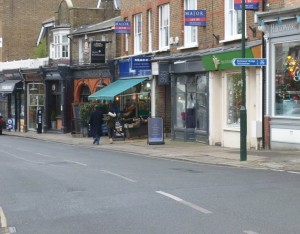 However, in the process, the Castle Yard cut through has been deleted so that cyclists are sent right down to congested Paradise Rd which we are not happy about. The RCC rides rep had a meeting with a council engineer discussing where signing is still not clear and we came up with a route using a contra-flow in Ormond Rd. To avoid head-to-head confrontations the engineer suggested that the carriageway should be raised level with the footway allowing cyclists to move to the side should they meet a (rare) vehicle coming the other way. NIce to get imaginative ideas from the other side – we are so used to “can’t do that”.