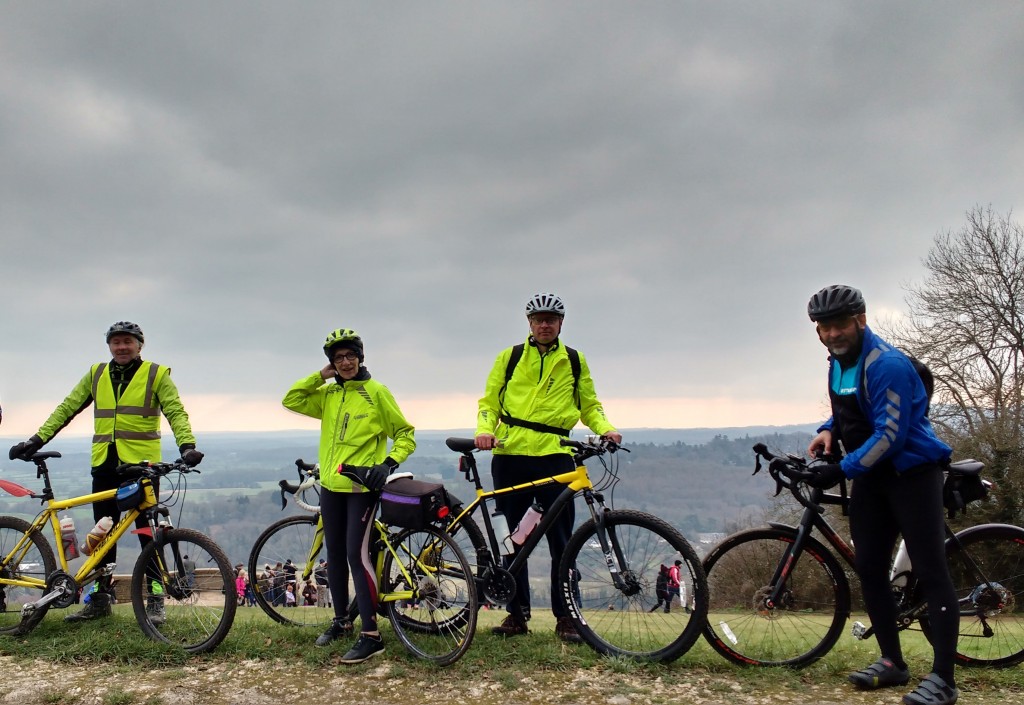 Our traditional post-turkey jaunt but a bit later to avoid clash with Kingston.  On/off road quiet and scenic route to Box Hill then a steady climb to the viewpoint and lunch in NT Cafe at the top (as the pub we used to patronise is now a trendy wine-bar). Enjoy  a switchback descent taking us most of the way home. About 40 miles in total. Better bring lights but expect to get back before 4.

Six of us set off from Twickenham and made good timing with paths less muddy than usual (modified route) and some glimmerings of light in the sky. Due to the large numbers of groups of cyclists on the return leg half the group got detached (oops! , embarrassment )  but both halves were back in Twickenham by 3ish.