Following a request this is a trial of a ride on Saturday – as we had a record low of 2 riders I am recording that as a fail ! OTOH the evaluation was positive : “a wonderful day in the saddle – and amazing routes” (Thank you Ruth) .

After meeting on a grey Twickenham Riverside we headed south via Horton Country Park and Ashstead Common to Leatherhead.  After passing through most of the Mole Gap we headed steeply up to the woodlands and meadows of Norbury Park. We had had a few light showers but also sunny spells and gloriously green countryside. The meadows were studded with orchids and centaury and fringed with rock-roses. 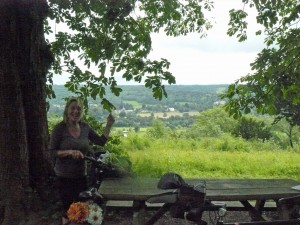 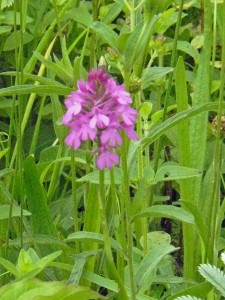 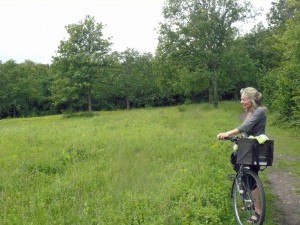 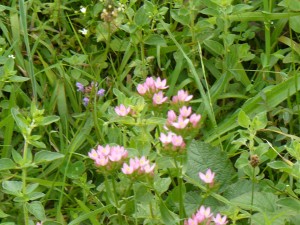 After lunch at Brockets Farm we returned along part of the Olympic Race route before diverting over Claygate Common. Bit muddy here.