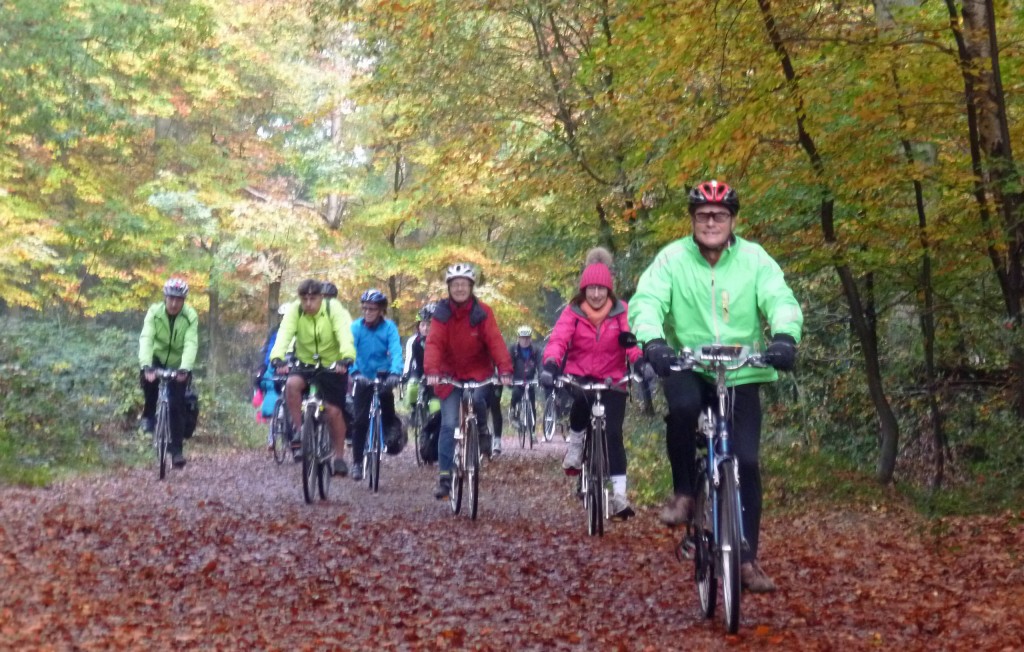 Moved to the second Sunday because of train issues.

Meet Twickenham Station before 10.05 to catch the 10.15 to Staines.(arr 10.30) We cycle through Staines Moor then via Colnbrook , through Langley Park and past Black Park to  the woodlands of Burnham Beeches in their autumnal splendour. After lunch in a woodland cafe  we head down to the Jubilee River path which takes us to Datchet and so back to Staines. About 30 miles mostly tarmac with some smooth gravel paths. Quite scenic / hilly.

Just 2 of us met at Twickenham but were joined by another 7 at Staines. A sunny but fresh day showed off the autumn colours. 3 lots of fly-tipping on the bridle-path north from Staines and one burnt-out car made the start a little messy. Lunch was a little slow despite the cafe being less busy than last year and things were still wet after the preceding day’s rain. Good ride back alongside the Jubilee River with continuing sunshine. Back to Staines by 3.

Previous Post
Towpaths – Which Would You Improve First?
Next Post
Duke’s Head Passage – “We’ve made the right decision”
Menu