Rides for Explorers – 2nd April – Up the Wandle 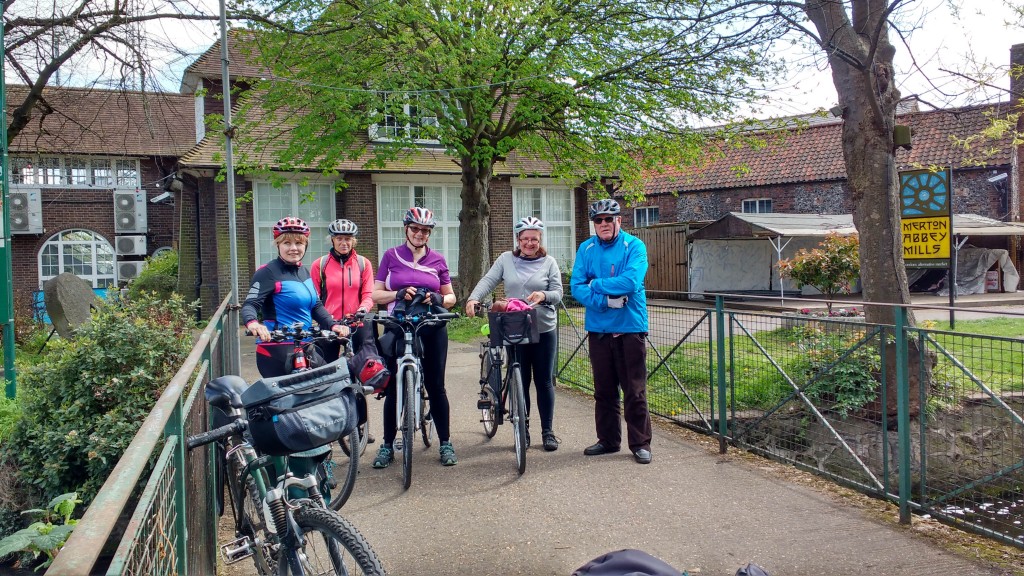 Meet Richmond Little Green (by Richmond Theatre) 10.30. We head to Putney Bridge and then go along the Thames via Wandsworth Park to the mouth of the Wandle where we head upstream along the Wandle Trail. After a bit of busy road we get into King Georges Park and then is is mostly a mixture of parkland and quiet roads to Morden Hall Park for lunch.

We return, after a quick look at a gate from Merton Abbey transplanted to a quiet church in Merton Park,  via Wimbledon Common and Richmond Park .

A fairly short ride at 20 miles but lots to see.

Six of us met up on a bright morning. There was a bit of congestion where the boat race was being prepared in Putney but we soon reached the Wandle. The first part was along quite busy roads and the contra-flow cycle lane full of parked cars wasn’t encouraging but we were soon cycling through parkland. There was a general request for a coffee stop at Merton Abbey Mills so we didn’t linger in the crowded Morden Hall Park and had lunch at the Windmill on Wimbledon Common. Hence down into Richmond Park and up again (one of us electrically powered) to Richmond Gate where we split.