Hoping for an urban heat island effect and not the all-day rain of last month.

We brave the Upper Richmond Road ( actually not that bad on a Sunday morning) to reach Clapham Common, Brockwell Park and Dulwich Village and up (there is a reason for the transmitter being there) to Crystal Palace Park. After lunch in the park cafe we hunt out the dinosaurs 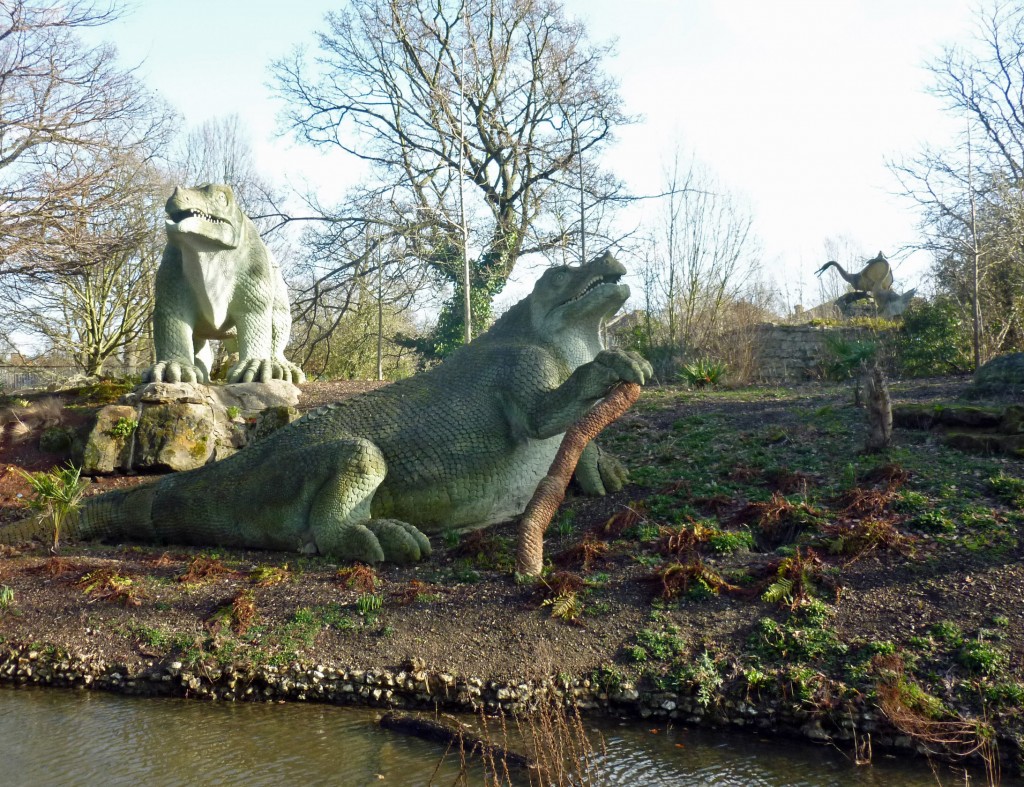 and then head back via Wimbledon Park. About 30 miles with some significant hills.

Four of us met up at Richmond and headed East. The Upper Richmond Road was bearable but we turned into an ideal cycling facility – a rat-run with a permeable closure in the middle. These became a feature of the marked route to Dulwich. After a challenging climb to the CP transmitter we descended by the Sports Centre to the cafe for lunch. Then we headed how through surprisingly quiet streets with more climbs to Wimbledon and Richmond Hill getting back soon after 2pm. 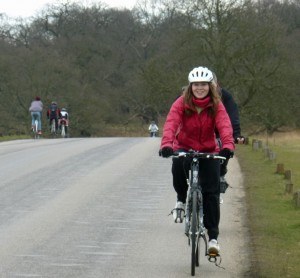 Note to LB Richmond – if you put cycle logos where there is no space for a bicycle lane DON’T put them in the door zone of parked cars. Other boroughs get this right.

Previous Post
Let’s get kids cycling in Richmond
Next Post
Asking for change doesn’t have to be hard!
Menu