Open House London Ride – Art and Society by the Thames.

Meet on Twickenham Riverside , by eel-pie bridge at 10.00. We cycle down the Thames past Orleans and Marble Hill to visit Sandycombe Lodge Designed for his own use by Britain’s greatest artist JMW Turner. We continue over Richmond Bridge to Petersham and Ham House: built in 1610 for a courtier of James 1st , sumptuously decorated by a close friend of Charles 1st and enlarged for a chief minister of Charles 2nd. We have time only for a look at the outside and a coffee but if anyone wants to drop out here the house is open free today from 12 and there is lots to see. We return to Twickenham over Teddington Footbridge.

Only 6 miles cycling but allowing for visits will take about 2 hours.

In the event Just four of us turned up (the closure of local rail lines cannot have helped). We were given an extensive tour of Sandycombe Lodge 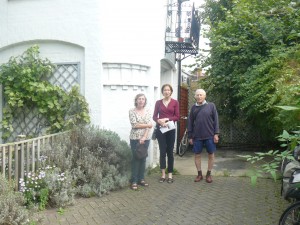 before making our way across Petersham meadows – the gates of which are cycle-possible rather than cycle-friendly and the surface rather worse. The paths around Ham House were well used by cyclists of all ages and by the time we had finished our coffees the house was open so we had a brief look round. (PL being a NT guide) 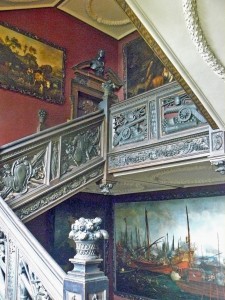 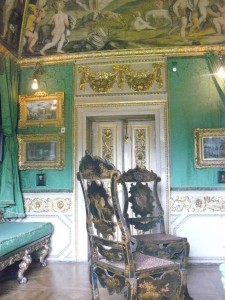 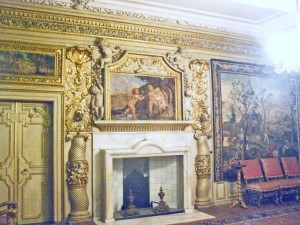