Ride for Everybody – Feeder Ride to London Freecycle 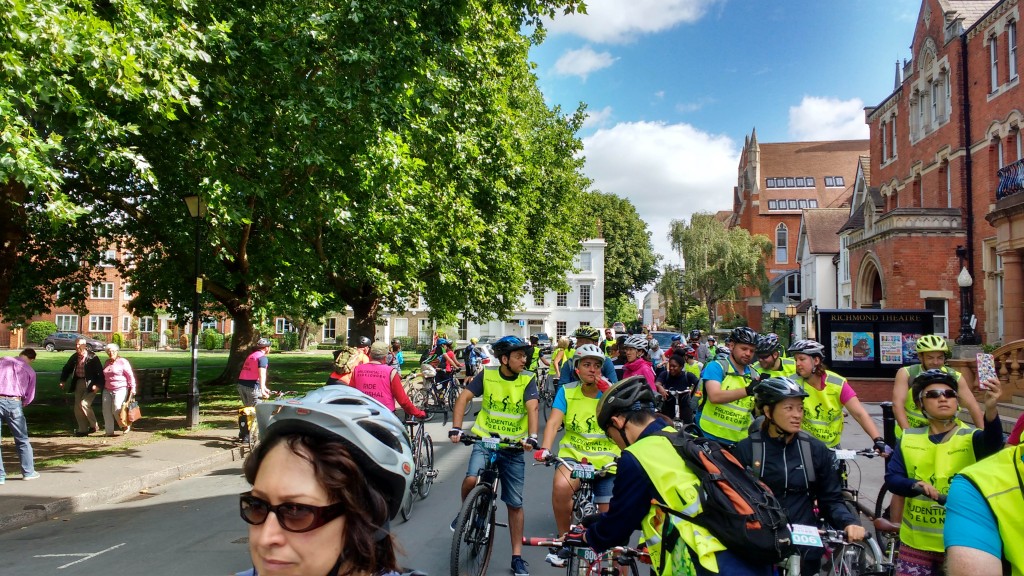 Enjoy a day in Central London free of motor vehicles.

We meet on Richmond Little Green 10.00 and head off via Putney Riverside, Wandsworth Park and Battersea Gardens and then up through Belgravia to join the Freecycle where Central London roads are traffic free. Leave London for the ride home at 15.00.

Our routes in and out.

About 80 of us met up and enjoyed a good ride up to London and saw some  parts of town that were new to many. The Freecycle route itself was busy, but not impossibly so, and, as usual, it was great to see so many cyclists, some very young, making full use of London streets. With rain starting only about 30 chose to join us for the trip home and we got back to Richmond by 16.30 in a damp but unbowed condition.

As one participant said “there should be a straightforward way of cycling into London” but there isn’t , at least not without battling one’s way through heavy traffic. Our circuitous route meant that we were little affected by traffic until we hit Barnes and Mortlake.

Thanks to Jim, Jean, Ian , Cameron and Tim for looking after everybody.