For reasons not clear to me, the meeting began with a Police Community Support Officer telling us 27 fixed penalty notices were issued over 6 months for cycling on the pavement near a travel agents in Heath Road. At £30 that’s £810, or £1,620 a year at that rate of reporting. The officer wasn’t taking a problem solving approach so we didn’t get who, what, when and how, or, more importantly, why.  As our Co-ordinator said “a cluster of complaints about footway cycling may indicate there may be a wider highway issue to be addressed, such as narrow cycle lanes or a one-way road with no contra-flow facilities.”

At least we know “the Council was pro-active with regard to footway cycling.”  We’ll ask how many fixed penalty notices for cycling on the pavement have been issued in the Borough and where, to establish problematic locations.  There is often a PCSO on the Richmond side of Hammersmith Bridge.

We’re interested in hearing from those on the receiving end of enforcement and any thoughts about planned work at Cross Deep and Heath Road campaign@richmondlcc.co.uk

A March posting noted “Concern about underspend in my previous post looks unfounded with some schemes overspent [1,2,3,7,8,12] and Riverside Drive now up to £153,000.  Not sure how many of these schemes have been done, or even started, so I’ll ask at the meeting if ”spent” means money committed rather than work done.”

The answer is not recorded in the minutes but the Integrated Transport Planning Manager said money can be carried over from year to year because they work to a three year spending plan.  So, it’s not “use it or lose it”, which is good as the intended works at South Worple Way/Sheen Lane 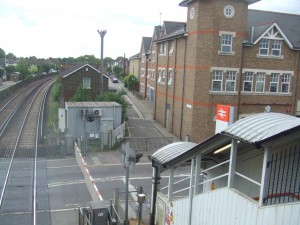 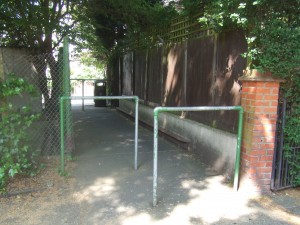 haven’t started, although Riverside Drive is well on the way to being finished to the roundabout at Ashburnham Road.

So, if money’s not spent and work’s not done is the draft budget meaningful or meaningless? Well, it’s helpful to know what the plan is so we’ll go on asking for updates because something’s better than nothing, even if it’s indicative or aspirational, may or may not happen and may cost so much, more or less.

And the problem at Sheen Lane? “The introduction of the scheme to open up the road closure to cyclists [has been delayed] as the Cabinet Member for Traffic has asked Officers to relocate the existing Business Bay in South Worple Way (adjacent to the road closure) to an alternative position.  A Traffic Regulation Order will need to be published to allow cyclists to legally use the road closure and relocate the business bay.” 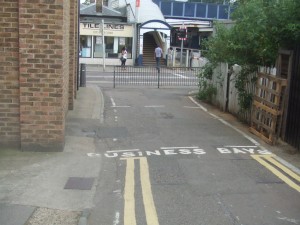 On the subject of parking, Section 7 Richmond Town Centre – Improved cycle route permeability records “Proposals had not been taken forward as the introduction of cycle contra-flows would probably result in a net loss of on-street parking provision.” While this may refer only to Richmond Hill [“some members had expressed their personal view that a cycle contra-flow is needed for Richmond Hill as the poorly signed alternative route is lengthy and indirect“] it may also be an indication of a policy against contra-flow in general using loss of parking space as the primary test. If it is then it’s consistent with the car-centric 2nd Borough Local Implementation Plan for Transport LIP2

E-mail your thoughts to campaign@richmondlcc.co.uk