Progress on the Ham & Petersham & Richmond Riverside Ward Ask – to create a safe properly surfaced route for walking and cycling between Ham and Richmond.

Councillors Frost and Loveland have been on the case and addressed one part of the route: Cut Throat Alley – with excellent results. Here are before and after photos. 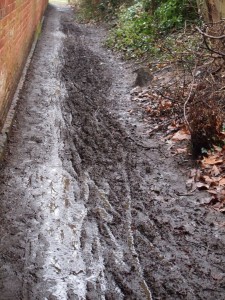 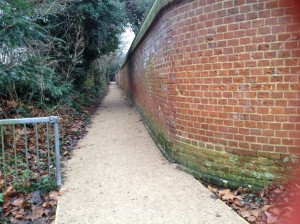 This is a real success for all. LCC’s Election campaign combined with local group campaigning, and the persistence and dedication of Councillors Loveland and Frost has made this happen. The work carried out in December immediately turned a slippery and uninviting quagmire into a pleasant attractive path. The addition of the dropped curbs and surfaced path across the green makes it easy for people with buggies, scooters and bikes to cross from Riverside Drive. 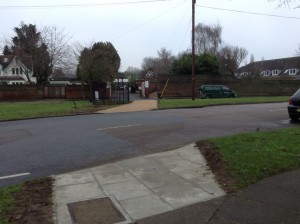 Cut Throat Alley is an important link partly because it is a route that can be used when the riverside path floods, but it is also an off road shortcut to the Russell, Strathmore and German Schools. The mud put many people off walking or cycling with their kids to school. The path is officially for walking only but because it is narrow and winding, those with bikes either dismount or cycle very cautiously, giving pedestrians priority – the new surface does not seem to have changed this behaviour. Now this route just needs to be included in the Council’s leaf clearing and maintenance schedule. Another much needed repair was carried out in November on the previously muddiest section of the path next to Petersham Field, where it meets Buccleuch Gardens. Photos show before and after. 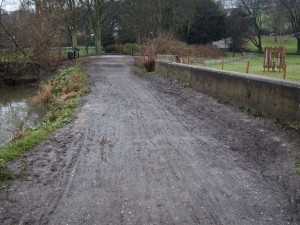 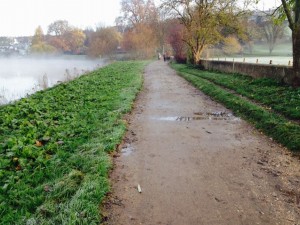 Now the worst part of the path is the least bad! This repair is not a long term solution but is still a valuable improvement to the route. It also shows that it is worth logging repair complaints on the LBRuT website.  I have seen how this can produce results as long as it counts as a repair rather than a change to the infrastructure. It helps if you can detail why the current state of affairs is dangerous.  http://www.richmond.gov.uk/streets_fault_reporting

There is still much to be done to make the whole route between Ham and Richmond safe and inviting. See http://www.richmondlcc.co.uk/2014/11/02/ham-to-richmond-reconnaissance-ride-12-july-2014/ for more details. In November myself and another local resident spoke at a meeting for the recently established Ham & Petersham Forum.  We put this project forward as one that the Forum could support, in order to help create a healthy, sustainable transport link for the community. This was met with a positive reception from the 150 local people present. This could lead to funding or at least wider local support for the project. All three elected Councillors in the Ward of Ham & Petersham & Richmond Riverside signed up to this LCC Ward Ask, so I hope and expect that they will continue to push for improvements to the rest of the route. The question remains why so many people would still rather choose this route on the Petersham Road 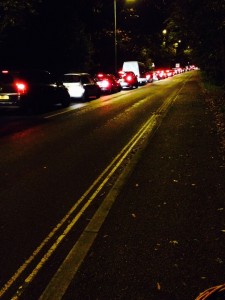 rather than this one, along the riverside 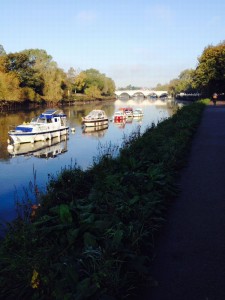 There are aspects that make the off road routes unsafe, difficult or impossible for people on foot, or with kids buggies, or with bikes, bikes with kids trailers, or in wheelchairs, to use this route, such as : 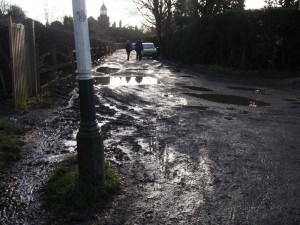 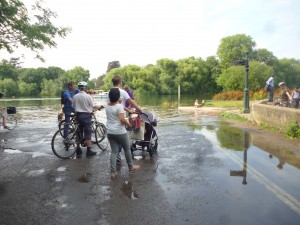 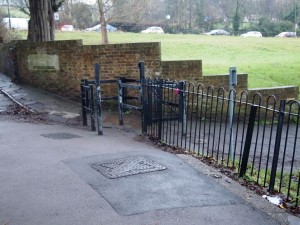 We wish to push the Council to explore potential ways to improve the quality of the paths, without losing the semi-rural quality of the routes, and without creating conflict between different path users. The more people who are able to walk and cycle along this route, the less congested Petersham Road will be, and the more space there will be for those who have no choice but to drive.